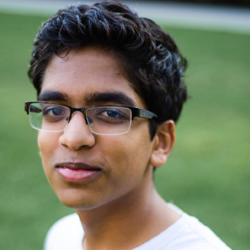 Essays definitely aren’t everything when it comes to college admissions, but I honestly believe that they’re one of the most important parts of your applications. At this point, so, so, so many of the applicants to top schools have near perfect standardized testing scores, 4.0 GPAs, and incredibly long lists of extracurriculars and impressive honors—so essays are pretty much the one shot you get to make yourself really, really stand out. If you go into the college admissions process with that knowledge, it’s a pretty ridiculous amount of pressure—I certainly felt it. So I spent hours researching, looking at other essays to try to figure out what to write about for my common app, but nothing I wrote really stood out. Knowing I had to write about fifty more essays, I did a little shopping around—and that’s when I found Nae. She was pretty much a godsend, since a) she seemed to be super smart, personal, and flexible (something that was lost in more popular college counselors or big businesses), and b) offered unlimited revisions, which is what I needed the most.

So that’s how I ended up choosing Nae, and I can say with 100% confidence that she was the best thing that happened to me during the college admissions process. Firstly, the amount of support she provides is insane. She stuck with my common app through almost ten separate drafts, and provided really legitimate, thought-out feedback on every single one. She listens to you, and doesn’t try to force your activities to fit a “model” that she’s made up—rather, her advice is pretty much tailored to every single person and every single school. If you’re uncomfortable with the direction your essay is headed in, or the way she’s taking your essay, you can literally just tell her and she takes it super well, and puts in the effort to make it even better. I remember sending her literal 600-700 word emails about why I didn’t like the direction an essay was going in, and she responded diligently and incredibly positively. She literally goes out of her way to make your essays the best they can be—for one of my essays, she wrote about a page of thoughts about how to refine. For another, she rekindled an old acquaintance so I could talk to a program alumni about that specific program. For another, she literally wrote down her own story so I could find some inspiration. The list goes on and on—you won’t find anyone who supports and places you first like she does.

Of course, that doesn’t even begin to touch on the incredible quality of her personal branding and feedback. She’s able to take a relatively scattered and rough resume/personality and showcase it as unique and wholesome to every single college. Similarly, the feedback she provides is actually incredible—she knows exactly what colleges want to see, and she’s able to bring it out in your essays. As a result, terrible essays become quite good, and good essays become incredible. Sure, I had some friends who didn’t get outside help who ended up at quite good colleges, but the difference between me and them is that I’m still proud of my essays—none of them are confident in the quality of theirs. Even for the colleges that I got rejected from, though, I know that I couldn’t have sent in a better essay if I wanted to, and that sense of security and the fact that I knew I had maximized my chances kept me sane throughout the process. I wouldn’t have gotten that security without Nae’s help.

I ended up getting accepted to my dream school of five years (Stanford!), so I actually cannot recommend her enough.

ABOUT
About Us
Join Our Team
Testimonials