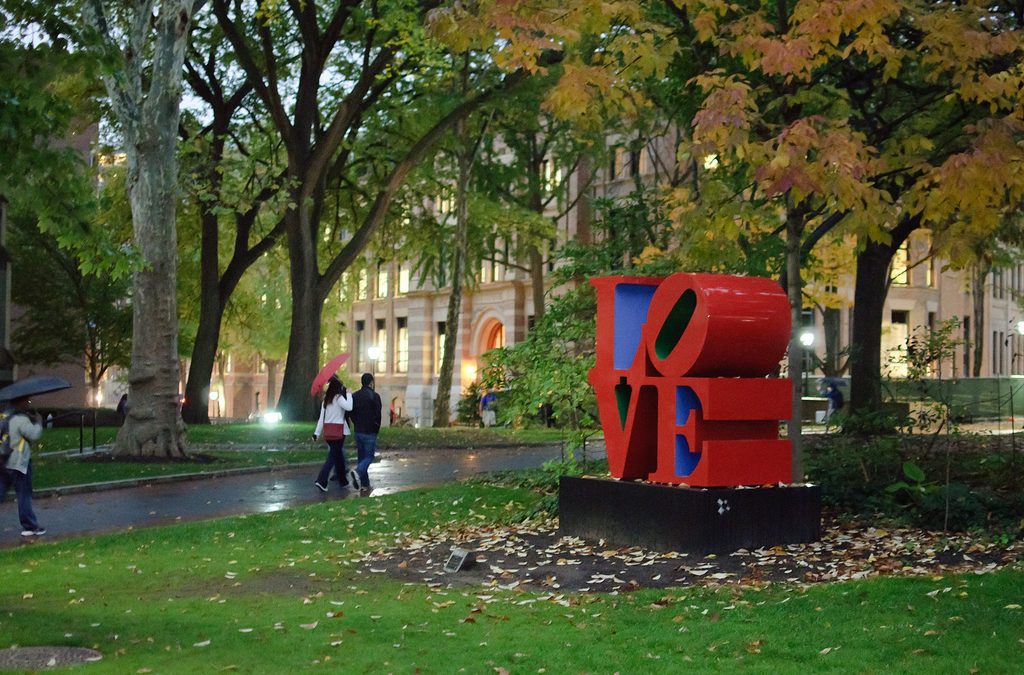 Here’s an admissions essay example by a friend of Winning Ivy Prep who was accepted into a very prestigious program at the University of Pennsylvania: Jerome Fisher Program in Management & Technology.

Some students have a background, identity, interest, or talent that is so meaningful they believe their application would be incomplete without it. If this sounds like you, then please share your story.

“Beep, beep, beep,” the sound of an alarm clock waked a twelve year-old child at five in the morning on a normal summer day, the air was crisp and the sun was on the horizon, about to signal the start to a brand new day. That child was me, and that day was anything but ordinary.

Although I had only slept for a few hours, I was already bubbling with anticipation and jumping around the house like I had drunk several cans of mountain dew code red, which I’ve also done before. That day would be the first day that I would get to travel out of the country, and more importantly, it would be the first chance that I would have to see my birth country ever since I left, when I was two. For almost eleven years, I had questioned where I came from, and we’re not talking about the birds and the bees here. I was a short way from finding out.

For an excited little twelve year-old, the wait of a twenty-two hour flight was excruciating. Though the memory has become faint, I am reminded of how I stayed up the whole time and wouldn’t stop asking questions, even long after the dimmed airplane lights created an artificial night. Eventually, my mom just stopped responding, and I was left gloomily to myself in the dark, dreaming about the wonders that I would experience as only a young child can.

Twenty-two hours and numerous “Are we there yet?” later, the plane landed at the international airport. The first thing that greeted us was “欢迎来到北京,” welcome to Beijing, and I knew this experience would be quite different.

We stayed in a grey concrete apartment complex, uniform and indistinct. The insides were cookie cutter: a bathroom, white tile, a kitchen, white linoleum, a bedroom, white hardwood. The Chinese government’s response to the housing demand is uniformity, cost effectiveness and space efficiency. The people were not any more diverse; there were two types: the worn, dark rural farmer in his large straw hat and simple linen clothes, and the smooth, fair businessman in his heavy wool suit and bland grey tie. Everywhere I turned, I saw millions of distorted mirrors, showing myself, some old, some young, some tall, some short. I did not feel like I belonged in this land of overcrowded uniformity, where everyone was of Chinese descent, and when people asked where you are from, they mean what province, not country. I could not believe that this dreary place was what my parents called home. Homesickness befell me. I longed to be back in America.

When I finally came back and saw my own house with the crème garage door and grey vinyl siding with red brick front and blue main gate in a peaceful suburban community, where I could go down the street meeting a Korean, a Mexican, several Africans and a few Caucasians, I felt like I was really home. I grew up in a country that promotes racial diversity and multiculturalism. It celebrates Hanukah, Kwanza, Mardi Gras, Cinco de Mayo and Chinese New Year – this is what I have come to accept.

I had thought I would find my home six thousand miles around the world when really it was two feet in front of me. Although I did not realize at the time, growing up in a Chinese household and living in an American society had created a gap in my self-identity. I had thought birthplace determined nationality, but in reality, nationality comes from personal beliefs and perceptions. I understand that no matter how hard everyone tries, there will always be discrimination against those who are different. However, I would rather deal with these difficult issues than to eradicate the circumstances that create them by effacing uniqueness.

This essay’s playful voice does a good job showcasing the author’s personality, and it’s immediately evident in the first few sentences. The introduction engages us quickly, and we can share the excitement that the author as a little kid probably felt. It’s a very strong introduction.

The essay’s message also becomes clear in the second half of the essay, where the author examines the identity gap he felt being raised in a Chinese household but living in an American household. He comes to the conclusion he knows he will always be different, but decides that he’s happy being unique, because he appreciates America’s diversity of people. It’s an insightful conclusion. We appreciate the author’s growth and being comfortable in his own skin.

Examining someone’s culture is a pretty common essay topic for obvious reasons; culture and someone’s upbringing is a biiiig part of anyone’s life. Although this essay does a wonderful job of showcasing the author’s insights about his culture and how he grew up, it leaves us wanting to know a bit more about the author. Is he passionate about anything? What actions did he take after realizing that his true “home” is America?

Make sure that your personal statement ties up any and all loose ends. You don’t want to leave the reader wondering!

PS. Check out this post if you want to know how to answer UPenn’s supplemental essay questions.