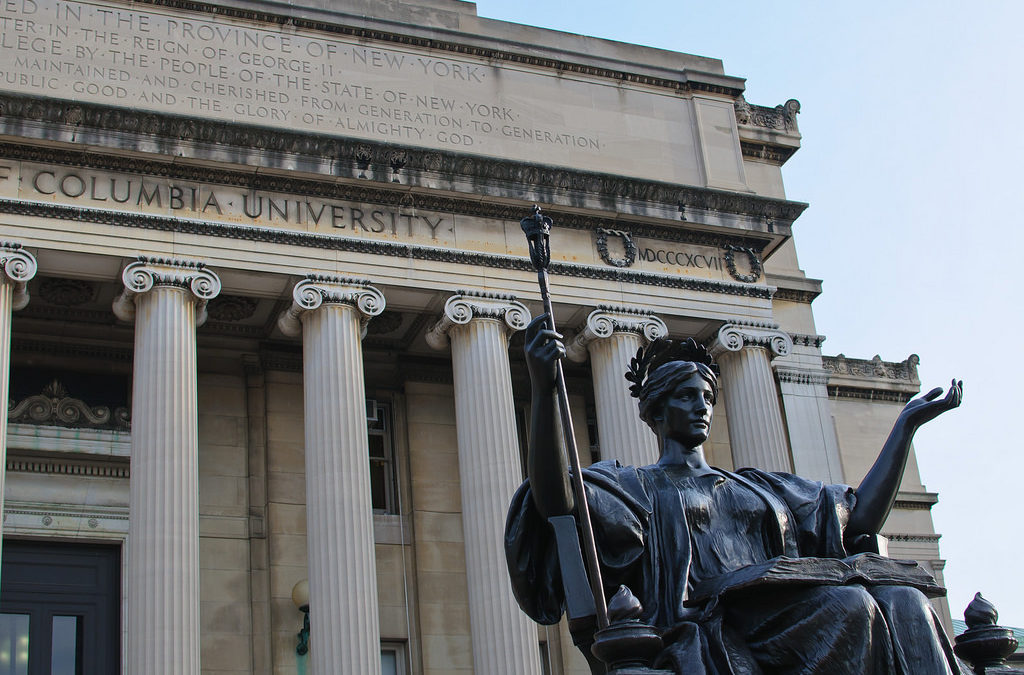 Ahhh, so you’re interested in the Ivy Leagues, huh? Then check out this personal statement example by a student* admitted to Columbia University.

*Not a student of Winning Ivy Prep

“You’re such a hipster.” It’s a phrase heard everyday in school hallways across America, and its usage often operates as a conundrum that obscures teenagers’ perceptions of themselves and who they want to be. I, in turn, have struggled immensely with the paradoxical use of this label.

Since the onset of my tween years and perhaps even before that, I have constantly carried with me an insistent urge for nonconformity; it has never sat well with me to be like everyone else. Throughout my middle school years, this natural instinct of mine manifested itself in many different ways: jeans tucked into knee-high socks, anything from punk to Harlem renaissance jazz bellowing from my headphones, Palahniuk novels peeking out of my backpack. As my identity shifted, my career as a social renegade flourished, and I found in myself a certain pride in being different and a passion for seeking out eccentric new ways to express myself.

With the realization of my newfound passion, my nonconformist qualities were locked in, and I began high school without the usual freshman trepidation about getting labeled or branded. Thereby, I continued my habitual antics, rebelling against the social norm and doing what I could to think freely. In doing so, however, I encountered a particular subculture defined by certain fashion trends and, to some extent, genres of music. This subculture was and still is often associated with the term “hipster” and regarded as having a correspondence with the “hipster lifestyle.” Moreover, so-called “hipsters” are known to have particularly poignant tendencies towards nonconformity. Thus, my rise to the hipster ideal began.

I was enamored with various aspects of this subculture, so I enthusiastically donned a beanie and cardigan and crammed every Bon Iver and The Smiths album I could find on to my iPod. Such new developments in my identity perfectly suited my singularity as a nonconformist; no one I knew had adopted this flair. Admittedly, my new garb was somewhat funky, and thus the new look evoked, in both positive and negative renditions, choruses of “You’re such a hipster!” The attention was extraordinarily gratifying, and I consequently plunged into obsession with my new label, consumed in an effort to sustain my “hipster” reputation. Much of my mental vitality was spent on keeping my appearance and status up to a sufficiently “hipster” standard. The questions I asked myself about who I wanted to be quickly evolved into “How can I fit the ideal?” and “How can I conform?”

Herein lies the continual paradox for people who identify themselves as “hipsters” and the contradiction that brought me much confusion and uncertainty for parts of my high school career: implicit in the definition of the term “hipster” is the prominence of nonconformity in all aspects of a “hipster’s” lifestyle. Individualist ideals permeate his clothes, his music, his social behavior, even his politics. Simultaneously, however, one who seeks to identify himself and be identified by others as a “hipster” undoubtably strives to conform to the “hipster” construct; he tries to fit himself inside an inflexible “hipster” box.

Nevertheless, as with most paradoxes, the problem at hand does not imply a real contradiction. I found the solution after many months of personal struggle with my own identity. It is not that there is something inherently wrong with the qualities of a “hipster.” I have come to understand that a label such as “hipster” must never precede my own actual characteristics, and I can never let such a notion inform my identity by itself. Before I ever begin to set words to my character, I have to figure out who I am free from outside influence.
The adjectives come much later.

This is one of the most unique pieces of college application writing I’ve encountered. The author’s sarcastic tone really shines through, and it’s clear he’s a creative writer.

The introduction captivates us from the get-go – we start to wonder how he’s going to pull off an application essay by writing about hipsters.

Quickly, we learn that he’s a non-conformist by nature. But, he comes to realize that being labeled as a non-conformist hipster is itself a label…. So… he’s actually conforming to the ideals of the elusive hipster. Ok, we get it. It’s deep, I guess, and it showcases the author’s ability to clearly showcase his thoughts.

If the main purpose of this essay was to showcase creative writing, then this author excelled.

But, the purpose of ANY application essay is to tell a story with a clear message that showcases who you are to admissions committee. And, on that front, this essay falls short.

After reading this essay, all I know about the author is this: He is a non-conformist who gets labeled as a hipster by default and he realizes this paradox. Ok, so what?

You don’t have too many chances to “talk” to the admissions committee to persuade them that you’re an amazing asset to their university. Don’t waste that opportunity. Bring you’re A-game and tell a story. Give them a message and a theme to remember you.

For instance, if you truly want the admissions committee to know that you’re not a conformist and you live by the beat of your own drum, then that’s great! Don’t just say that. SHOW it with a story.

Check out the link below for more Common App essay examples

Get more college essay examples for Stanford, UPenn, Columbia, NYU… You name it!